What Is Undue Influence? 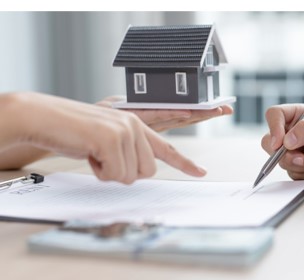 Undue Influence is when someone pressures another in such a way that the person being influenced is not acting by their own free will; they are being coerced into taking a certain action. Undue influence often arises when a friend or family member falls ill. For example, mom has been diagnosed with cancer and her boyfriend influences her to change her estate plan so that all mom’s assets go to him instead of to her kids. The plan is oftentimes carried out in secret and others don’t know about what has been done until after the one being influenced passes away.

Undue influence is an argument that can be brought up in court to undo what the bad actor has done. Continuing the above example, mom’s children can file a petition to have the boyfriend’s actions undone if the court finds that the boyfriend was guilty of undue influence on mom. A will can be thrown out, property transfers can be undone, and the bad actor’s name can be taken off accounts. In order to win a case for undue influence, one must prove not just that the decision maker was persuaded by another to take a certain action, but that the person was coerced. Meaning, either the influenced person didn’t have the capacity to make the decision, or they were tricked into doing so.

When analyzing the case, the court will look at all kinds of evidence, including:

In many cases, undue influence arises when the decision maker lacks capacity. Capacity means that the individual knows what is happening and understands the consequences of their decision. When someone falls ill or has a disease like dementia, they are in a vulnerable spot and can be taken advantage of because they become unaware of the actions that are being taken or the full effect of what they mean.

If an individual lacks capacity, then hopefully they had executed a power of attorney while they were healthy and now their agent can act on their behalf. An agent has a duty to act in the incapacitated individual’s best interests. If proper planning was not done, then a guardianship may be needed. This is where a court process is initiated so that a judge can appoint someone to act on the incapacitated person’s behalf.

There are always two sides to every coin. In some situations, the decision maker intends to be favorable to one person over another. For example, one child is a caretaker to the parent and the parent’s will is more favorable to that child. If the child called the lawyer to set the appointment and drove the parent to that appointment, that could look like undue influence when in fact, it wasn’t. The parent could have had the intent that the caretaker child receives more inheritance. A situation like this might lead to litigation if the parent didn’t plan in advance, while they were healthy and obviously had capacity. Some elder law attorneys might also suggest that the client talk to the other children and explain what the will says and why one child will receive more. Sometimes it isn’t the best surprise after the parent has died to learn that a sibling will receive more inheritance.

Many people need to look out for undue influence and capacity issues, including attorneys, financial advisors, bankers, notaries, and medical personnel. Things to look out for:

Undue influence can cause an individual to take actions that they normally wouldn’t. These actions can have adverse consequences on friends and family. But most importantly, the individual’s intent is not carried out. Instead, the bad actor’s intent is carried out. It is important that each individual gets to decide what happens with themselves and their belongings during their life and at death. It is important to have legal documents in place to best protect yourself from being unduly influenced in the event that your health deteriorates.

Very professional, comprehensive service and extremely valuable. Heather and her team are very knowledgeable and we feel they have our best interests at heart. They make uncomfortable decision conversations possible and manageable. Working with Heather we were able to focus our attention on important issues that we questioned or purposely avoided for too long. Now that these questions are answered and our family is covered, it's a wonderful feeling.
Christine