Filed for Bankruptcy and Expecting an Inheritance? Watch Out! 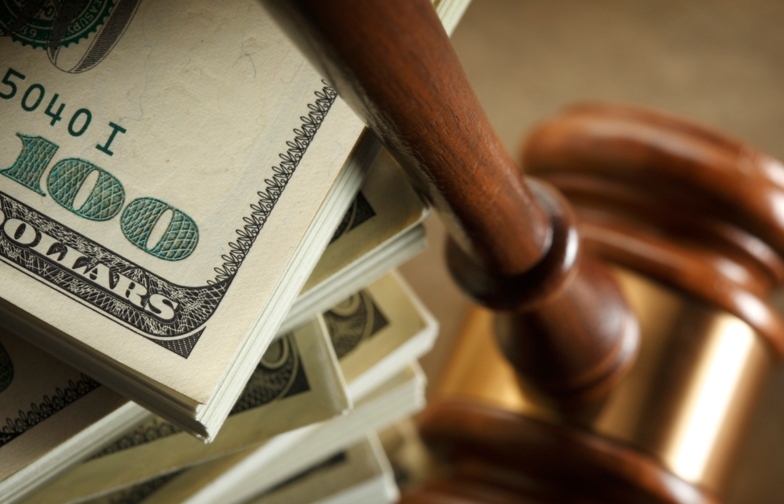 Recently a client came in to change her estate plan. Among the reasons was that one of her children had recently filed for bankruptcy and she didn’t want the inheritance to be taken. Smart client! I was able to put her mind at ease that the inheritance would likely be unaffected by the bankruptcy, unless she died in the very near future. My client was under the very common impression that no matter when the inheritance was received, the bankruptcy court could take it.

Let’s take a sidebar to understand some bankruptcy basics. First, there are 2 types of personal bankruptcy:

Chapter 7 - Liquidation – this is the most common type of personal bankruptcy.  It is the quickest to close (several months from start to finish) and results in a complete discharge of the debts.  It truly allows the individual to start over with a clean slate. However, there is a "means test" and some individuals with regular income may not qualify.  If they don’t, then they must use Chapter 13.

Chapter 13 – Adjustment of Debts of an Individual with Regular Income – this is reorganization for individual debtors (Chapter 11 is used for businesses) – the debtor pays off the debt under a court-supervised plan, usually over 3-5 years based on their projected income over that period.

Knowing the type of bankruptcy is important to understanding how an inheritance fits in the mix. The type of inheritance is also important, as certain assets are considered "exempt" under the CA bankruptcy laws. The only exempt assets that you might inherit are as follows:

For Chapter 7 bankruptcy, if an inheritance is received within 180 days of filing for bankruptcy then the court can take the inheritance and use it to pay creditors.

As an example, Lynn files for Chapter 7 bankruptcy on January 2, 2017.  On June 20, Lynn’s Uncle Lew dies and leaves her ¼ of his estate (comprised of real property and cash) and ¼ of his IRA. Lynn receives the IRA proceeds on August 1 and the rest of the estate on January 15, 2018, when the probate is closed. June 20 is 169 days from the filing date, therefore, the court must be notified of the inheritance. June 20 is the date Lynn became entitled to the inheritance from Uncle Lew. Unlike an IRA owned by Lynn, the inherited IRA proceeds are NOT exempt, and like the other inherited assets must be turned over to the bankruptcy trustee. If there are proceeds left over after paying the creditors and bankruptcy trustee, then the remaining inheritance proceeds are returned to the debtor.

Here’s another example, Peter files for Chapter 7 bankruptcy on January 2, 2017. On August 23, 2017, his father dies leaving Peter his entire estate. August 23 is 233 days from the filing date, therefore Peter keeps his entire inheritance.

The rules for a Chapter 13 bankruptcy are somewhat different. Under Chapter 13 the debtor’s assets are not liquidated, therefore if an inheritance is received anytime (up to 60 months) before the bankruptcy is closed or dismissed, then the debtor may have to increase the percentage paid back to the creditors….up to 100%.

Here’s an example, Steve and Dawn file for joint Chapter 13 bankruptcy protection on February 1, 2017.  The court’s plan requires them to pay their creditors over the next 36 months. Steve’s brother, Ted, dies on February 1, 2019, leaving his entire estate to Steve.  The estate consists of an IRA. Steve must report the inheritance to the court, and turn over the IRA to the bankruptcy trustee.

Mark files Chapter 13 bankruptcy on February 1, 2015. His plan requires that he repay his creditors over 60 months. On March 2, 2020, Mark’s mother dies leaving her estate to Mark and his sister. The estate consists of mom’s house, an investment account and some cash accounts.  Mark gets to keep everything because he became entitled to the inheritance 29 days after his bankruptcy closed.

Julie files Chapter 13 bankruptcy on January 2, 2015, with a 36-month payment plan. On February 2, 2015, Julie’s parents die and leave their entire estate to Julie in a spendthrift trust. Julie must report the inheritance to the bankruptcy trustee, but because it is in a spend-thrift trust, the inheritance is exempt and she gets to keep everything.

All inheritances must be reported, regardless of whether the creditors are entitled to receive anything.

If you are concerned about how a bankruptcy could affect the inheritance of a loved one definitely take the time to meet with a qualified estate planning lawyer in Sacramento. He or she will likely have many other suggestions for ways to use your planning in order to help preserve your legacy.

My wife and I have some quite large complexities both in our individual preferences and the construct of our life. When planning for our trust, Heather took the time to hear EVERYTHING we said. The trust which Heather formed for our family took all our concerns into account. When everything was said and done, we received a trust which, by design, is extremely personal to our circumstance. We also are delighted to have Heather to be part of our team of advocates to help when the time comes.
Jon