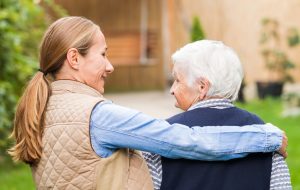 There’s good news for vulnerable aging seniors in California and across the country.

As part of a larger bipartisan bill on banking reform, the Senior Safe Act was signed into law during the month of May. This legislation is an attempt to stop acts of financial abuse targeted at senior citizens by encouraging banks, credit unions, investment advisors and brokers to monitor and report cases of suspected elder abuse to law enforcement.

You may be surprised that this wasn’t happening already. After all, it would be in the best interest of the elder financial client as well as the bank to flag any suspicious activity. However, financial institutions have shied away from taking aggressive action out of fear they would get sued by the senior or their family for filing a false report in the event an investigation found no wrongdoing.

Fortunately, the Senior Safe Act now protects banks and financial institutions who report suspected cases of fraud or elder abuse, so long as their employees are properly trained on how to detect suspicious activity targeted at seniors.

Our Folsom elder law attorneys believe this law is an important step in the right direction toward protecting vulnerable adults from financial victimization. Financial scams are very sophisticated and typically by the time a family member finds out that their loved one has been preyed upon, it’s too late to recoup the funds. And, the numbers are staggering. According to a 2016 report by the AARP Public Policy Institute, 1 in 5 Americans are victims of financial exploitation each year. The victims lose $3 billion annually. That’s more than $120,000 per victim!

As Folsom elder law attorneys, we encourage everyone to learn the warning signs of elder financial abuse. Talk to your older loved ones about the dangers of giving out their banking or credit card information to strangers, telemarketers and people posing as financial professionals.

If you suspect someone is a victim of elder financial abuse, you can also report it to the local Sacramento County FBI field office by contacting (916) 746-7000.