Folsom Guardianship Lawyer Answers, “Will My Ex Get My Kids If Something Happens To Me?” 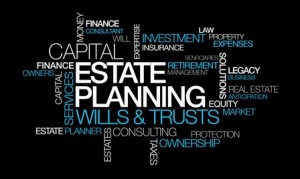 The short answer is; it depends.

This is a question we get a lot, and one we typically discuss at length with non-married parents during our planning sessions.  When one of the parties of a divorce decree dies, this will end the custody agreement because there’s no longer anything to govern. In most cases, custody usually reverts to the surviving parent.

An exception to this is when one of the parent’s rights to the children has been terminated. If this is the case, California law allows third-parties, such as grandparents, to intervene. Grandparents can also intervene if they believe the surviving parent is not able to care for the children. The burden of proof would fall on the grandparents to demonstrate that the surviving biological parent is unfit. They would have to go through a lengthy custody proceeding that can be stressful on everyone – especially the children.

But, this can all be avoided…

The custodial parent can make it easier for grandparents (or other relatives) to step in after their passing with just a few estate planning steps. For starters, they can name an alternative guardian for the children in their will or trust. They can further explain their reasons for the nomination and why they believe the other parent is unfit.

Of course this doesn’t guarantee that the court will allow the guardianship, but it will certainly be a factor in the court’s decision. If the court approves the nomination of a guardian, it doesn’t sever the parental rights of the surviving parent; it simply states that the children will live with the nominated guardian instead.

The bottom line is that if you believe that your ex-spouse is not fit to raise your children, it is critical that you take the steps now to put an estate plan and guardian nominations in place that will be in the best interest of the kids should something happen to you. Call us now at (916) 241-9661 to set an appointment with an experienced Folsom guardianship attorney if you need assistance getting started.

A wonderful job! After watching my family deal with litigation after a death, this is so important for everyone, young and old.
Michele