Sacramento Elder Law Attorney: What Can Adult Children Do When Aging Parents Need Help and the Spouse Disagrees? 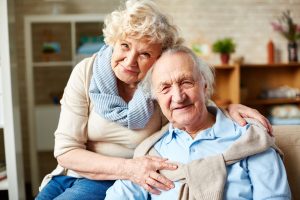 It’s a common story among blended families: an aging parent becomes ill and the parent’s biological children clash with the parent’s spouse. While some of these disagreements are generally small, there are times when the disagreements are not only great, but the child also fears for the parent’s health and safety. Even though spouses have the privilege to make decisions on each other’s behalves, there are times when adult children can intervene and help a sick parent.

A spouse is the closest next of kin and generally has the power to make medical decisions for the other.

When a person becomes incapacitated, medical professionals first look to see if the individual has an Advance HealthCare Directive. If there is none, the doctors look to the next of kin, starting with the spouse. This doesn’t mean that a doctor takes orders from the next of kin, but rather that they’ll consult with them.

However, if someone has created an Advance HealthCare Directive and designates as their agent someone other than the spouse, then this overrides any of the spouse’s wishes. It’s uncommon, though, for a married person to choose someone other than their spouse to be their healthcare agent unless that spouse is currently incapacitated.

What if a stepparent isn’t taking good care of Mom or Dad?

An adult child doesn’t always have to sit back and hope for the best if they truly believe that their stepparent isn’t making or isn’t capable of making good decisions for their parent.

An adult child should first confront their stepparent if they think their parent isn’t being taken well care of. This not only helps the child address the concerns, but can determine what might be the cause.

For example, if a stepparent is showing signs of incapacity, such as dementia or illness, then the stepparent may not be making poor decisions on purpose. Or, the stepparent may be in denial that there’s a problem, especially if it means putting one’s spouse in assisted living or a nursing home. After all, it’s one thing to have a parent get older and become ill, but it’s in many ways different when it’s one’s spouse. The stepparent may not want to take away their spouse’s autonomy and treat them like a child. For whatever the reason, the only way to find out is to ask.

There are instances when an adult child can become their parent’s conservator.

If you’re an adult child concerned that your stepparent isn’t taking good care of your aging parent, a Sacramento County elder law attorney can help you. Whether it’s creating documents such as Advance HealthCare Directives to streamline decision-making or filing for a conservatorship to take over the reins, we can help you create an elder care resource plan that ensures your parent is well taken care of. To schedule a consultation, simply call our Sacramento County law firm at (916) 241-9661.

Heather was wonderful. She explained, in understandable terms, why it is important to establish an estate plan. I never realized what would happen, without a plan in place, and we could not bear the thought of our child in arms of absolute strangers while the court system sorted out his future.
Meri